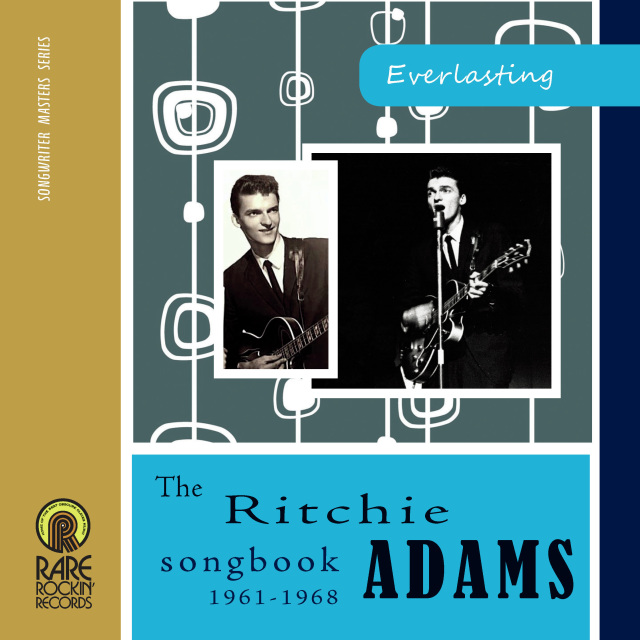 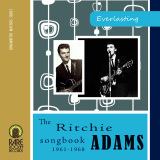 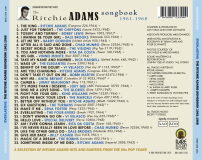 SKU: RRR-SMS-1038
$6.00
$6.00
Unavailable
per item
The Songwriter's Masters Series continues its tradition of spotlighting legendary 60s writers this time with a compilation of tracks written or co-written by Ritchie Adams.
Ritchie Adams sprang to fame in the late 50s/early 60s as both the lead singer of the hit making group, the Fireflies and as the writer of Bobby Lewis’ “Tossin’ And Turnin’” – the #1 single on the Billboard Hot-100 for 1961, having spent an amazing seven weeks at #1.

Upon leaving the Fireflies, with whom he had a #21 hit, “You Were Mine”, to pursue a solo career, Ritchie not only made a slew of fantastic recordings but also became one of the 60s’ and 70s’ most consistent songwriters. We feel, however, that this part of Ritchie’s career has not received the prominence it deserves, so we made Ritchie Adams the subject of this next CD in our Songwriters Masters Series and found 32 slices of 60s pop written by a maestro.
Once again, rock and roll historian, Brian Gari, has stepped up to make a very welcome contribution by presenting an authoritative review of Ritchie’s career in music.

A must for fans of quality pop and soul music of the 1960s.

A generous 32 tracks, 6 tracks sung by Ritchie himself, showing he not only wrote them, but was a fine vocalist In his own right. 5 tracks in STEREO accompanied with a 24 page full colour booklet with extensive liner notes and rare label scans and pictures. A wonderful insight into one of the great unheralded songwriters of the 60s.