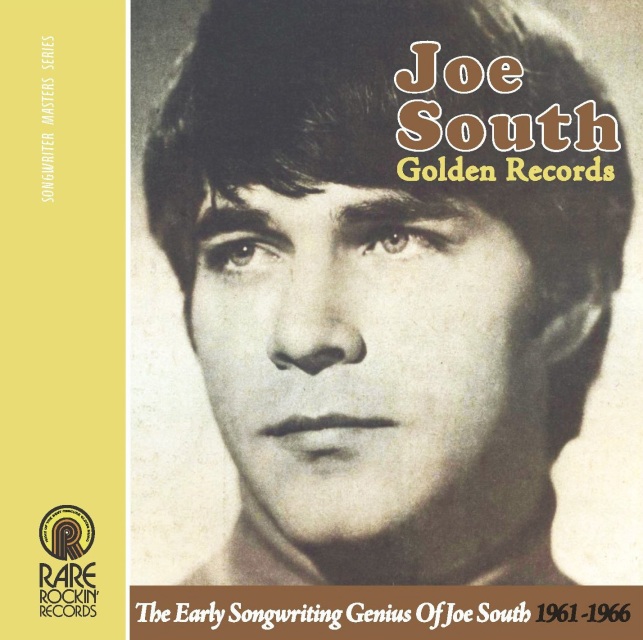 Rare Rockin' Records latest installment of their highly acclaimed 'Songwriter Masters Series' packages. Joe South entered the Top 20 with his Grammy winning award song, 'Games People Play' in 1969. The song was featured on his highly respected album, 'Introspect'. Two years later, Lyn Anderson scored a big country/pop hit with another of Joe's songs, 'Rose Garden'. Joe's career, however, began ten years earlier - and he did it all. He was a recording artist, in demand session player, songwriter and producer. He played an important role in the early career of the Tams and Billy Joe Royal and both acts have had rock and roll longevity. 'Golden Records - 1961-1966' brings together the very best of Joe's songs from this period. Some he recorded himself, some he produced for others - but he wrote them all. On this CD, we find hits such as the Tams 'Untie Me' from 1962 and Billy Joe Royal's 'Down In The Boondocks' from 1965. Rare Rockin' Records have also included some rare titles from artists such as the Chips, Vince Everett, Billy Joe Royal and Joe himself. Many are on CD for the first time. Features a 16 page full color booklet with extensive liner notes and label scans. 32 tracks, 8 in stereo with a sound quality that so reflects the title of this CD, 'Golden Records'.

2. Billy Joe Royal - Down In The Boondocks

4. Pat Powdrill - Fell By The Wayside

20. Bob Collins And The Diamond - Springtime In My Heart